TED, the iPad and the quest for participatory healthcare
Brad Apel November 5, 2016 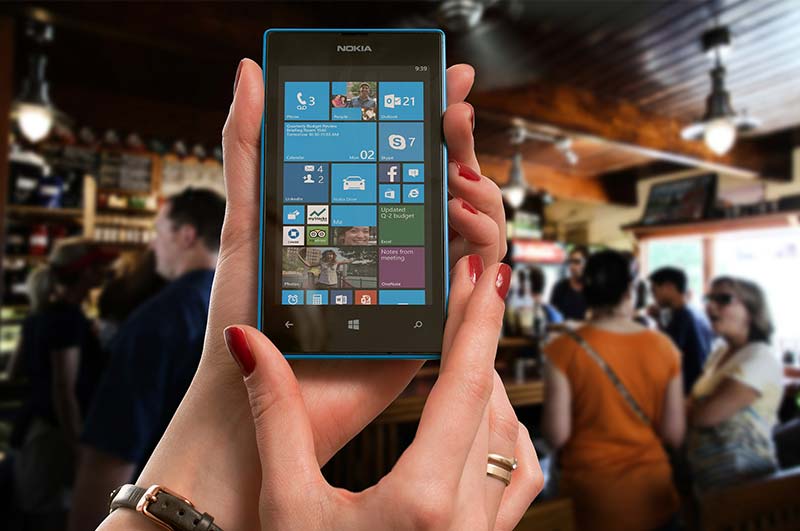 How do you encourage a large university hospital to make the transition to participatory healthcare? “Develop a Swiss army knife”. Lucien Engelen and his team at the Radboud Reshape & Innovation Center are addressing the problem in a multi-pronged but highly pragmatic manner.  Firstly, they’re getting healthcare workers to talk about the issues.  Not by handing out flyers, but by organizing fun Pecha Kucha sessions and what could be Europe’s largest TEDx event yet, focused exclusively on the future of healthcare.  Secondly, they’re facilitating real change in the hospital’s work processes.  Not by launching a major ‘change’ project but by experimenting with consumer technology—such as the iPad and Skype—that lowers the threshold for patient participation.

Can you tell us a little about the Radboud REshape & Innovation Center?

The Radboud REshape Center was set up by the end of 2010 when the Executive Board of the Radboud University Nijmegen Medical Centre as part of the adopted strategy that we need to transition toward participatory healthcare.  This was a pretty fundamental decision, as a result of intense discussions I had with the board, for the hospital because it touches on the core of what we are,.  It acknowledges that there probably is nothing as paternalistic as a hospital and that a total mental shift will be required if we are to succeed. At base it means that we need to start informing patients in such a way that they are able to make decisions—together with the physician—about their treatment.

Are people ready for that responsibility?

Not everybody but you have to look at this from a long-term perspective.  Innovations typically take about 7 years before they lead to real societal change, al least in healthcare.  It is true that the generation requiring care now does not need or want computers, but the generation coming in was brought up with computers.  Even today’s diabetes generation is young enough to have been brought up with computers.  It’s difficult to say how exactly this will evolve but attitudes and expectations are definitely changing.  For example, my son looked at me as if I was crazy when I tossed away a phone book delivered by mail, when I told him what we used to use it for.  They think differently, not only about communication but also about work processes and power relationships.

I’m convinced that the patient-doctor relationship and the role of the doctor in particular, are changing significantly. The doctor’s role will evolve to a more consultative and coaching role. In the 10 minutes they have with a patient they will have to focus on the right questions, helping patients make sense of the information and come to decisions. The problem is that patients only process about 20% of what is said during a consultation.  That’s why technology can really make a difference to improve communication.  Although I do want to make clear that Health 2.0 is not primarily about technology; it is about attitudes, roles and work processes.

Tell us about some of the innovation projects initiated by REshape

I like to think of our Reshape-programme as a Swiss army knife; it’s multipronged initiative.  We do research, we organize events and conferences, give lectures and workshops and we initiate innovative projects.  There is no silver bullet to transforming healthcare. We have to work at different levels.  For example, the conference call system I’m using now to talk to you is an open platform (Skype).  We’ve made it available for multidisciplinary consults but we specifically went for an open system so that patients and their relatives can join in too.  The idea is to place the patient in a much more central position.  So we’ve adapted this “consumer technology” to help patients to enter our newly developed video-conferencing system FaceTalk. Once they are in, our secure system takes over.  So we use standard technology to lower thresholds and broaden the use.

We’re handing iPads to patients to show short films about what they can expect in their treatment.  And for young adult cancer patients we’ve created a community to address specific challenges around identity, sexuality, careers, etc—concerns that are very specific to the 18-35 age group.  With regard to the technology it is important to avoid creating islands.  That’s why we use proven consumer technologies and simply add extra elements or combine techniques to simply create a new service for the care environment.  Obviously you can build huge proprietary systems but there is no point in that.

To spread the message and stimulate debate on Health 2.0 we’re using events—again using proven concepts.  Pecha Kucha (a popular event format where presenters show 20 slides, in 20 seconds each) is a great technique to liven up presentations and to ban keynotes with 120 slides or more.  We started by bringing in external people to present material but now we’re seeing some of the doctors take up the challenge to present their experiences.  It is a great way to stimulate dialogue, to look at your message, not only content wise but into design as well.  And in April we have our first major conference, TEDxMaastricht. This is going to be one of the largest TEDx conferences in Europe to date—900 seats—and it will be dedicated entirely to the future of healthcare. Live streams in HD will be broadcasted to simulcast locations like Darwin Australia, Stockholm Sweden and many other places taking the amount of real-time visitors up to 10.000.

What is the higher goal of your organization? Is there really anything wrong with healthcare today?

Absolutely, there is something very wrong with healthcare.  At present it is mainly one-directional traffic.  Doctors say that they talk to patients; perhaps so, but there isn’t real negotiation with the patient.  For a doctor, the patient too often is simply a disease that generates data on which they base their medical decisions.  There is no real co-decision. Our mission is to inspire our colleagues to take a different approach to healthcare.  And we’re doing that in a piecemeal fashion; via small steps and proven methods we gradually want to change the way healthcare is done, but sometimes we have to use way’s never explored until now.  In a way, we’re trying to seduce our colleagues to work differently.  We want to offer tools and services that really appeal to people.  It is the little things that count here.  That’s why we’re using the iPad as an enabler—people want to use it.  FaceTalk is another example.  Technology can’t be a barrier; it needs to be an enabler, something that will seduce people into behaving differently.  But again, Health 2.0 is not simply about technology. In fact, you can apply Health 2.0 without technology.  Ultimately it is about co-decision.

Healthcare professions tend to think that they know what the patient needs.  That is not (always) the case.  We see this time and time again.  The whole sector is evolving with only one group in mind—the people who need care now, but it should also be preparing for the next generation coming in.

Why now? If Health 2.0 isn’t about technology, why is it making inroads now?

I think it has to do with the internet and the wider cultural shift that it is driving.  This isn’t only about healthcare—you can see similar trends everywhere.  It is about information access, or rather, the democratization of information. And it is about the increasing power of social networks.

For physicians this can be difficult to adapt to, especially because patients differ in their approach to seeking out and using information.  Some are proactive researchers who confront their doctor with mountains of data and information.  But there are others who are silently ‘testing’ their doctor’s expertise.  It is so difficult to integrate this into the education of doctors. But technology is opening up opportunities here.

It is really important that we prepare ourselves now, so that we can be ready in a few years to cope with the impending changes, not only in patient expectations but also the problem of staff shortages, increasing healthcare costs and exponential healthcare demands.

Are you optimistic about change in the healthcare sector?

I’m an optimist at core, but also a realist.  It will take years.  The danger is that we keep talking about change but nothing really happens.  In the healthcare sector we’re not very good at making changes, at making decisions—we talk too much.  But that is no excuse because it is an ethical decision.  It is unethical to delay; we need to get cracking on this.  That’s why with our innovation center we concentrate on short 30-day projects to rapidly test things in a real world setting.  And yes, we fail sometimes as well, but we will know within 30 days and hence can quickly cut our losses.  This is in contrast to most e-health projects that fail because they are far too large and complex.  And they tend to have very few generic elements in them.  All our projects rely on generic components—on proven consumer technology—so that ultimately we can involve the patients in these projects, also from home.  It is so important that these services are light, easy and accessible.

Obviously I don’t want to argue that we should kill all the large e-health projects but I do feel that there should be more programmes for supporting small projects, because I think it will ultimately be the small projects that